Staff member
Itâ€™s funny how things in life often come full circle. As a young boy, the passing of time was marked by the changing of the seasons : collecting frog spawn from farm ponds and hearing the first cuckoo call in Spring; seeing the first swallows appear and going to bed whilst itâ€™s still light in Summer; throwing sticks for conkers and kicking your way through piles of leaves on your way home from school in Autumn; seeing your breath cloud the morning air and watching an ermine scamper across the snow in Winter.

This fascination with the changing of the seasons remained, until one day a delicate thud was heard by the good people of Lea village, as something small but precious was dropped in the Coulthurst household, and an octave was added to my vocal range.

That summer, the swallowâ€™s arrival was overshadowed (literally) by the arrival of two large lumps under the T shirt of our next door neighbourâ€™s 13 year old daughter. For much of that summer I spent my free time hiding in chest high nettle beds watching her play, desperately praying for someone to suggest fun and games be had with the hosepipe and sprinkler. I myself had devised at least 20 different fun games, all of which involved some form of jumping and at least one change of clothes !

A couple of Springs after that, the fascination of tadpoles metamorphosing into frogs was overtaken by the miracle of yeast turning malt and hops into beer, and so I entered the lager and ladies years, with the emphasis being very much on the lager, mainly due to trouble sourcing a reliable local supplier of the latter.

After that the seasons all blended into one, as I lived the life of a drunken dog. I distinctly remember my dad telling me he knew a place where boys like me were sent, and shortly after so did I, as I enrolled at college. Three years there and I was now a professional drunken dog with two whatsits, who barely recognised his own parents never mind the changing of the seasons.

Eventually though, after having become expert at clearing nightclub dance floors and having a set of near record sized grapes hanging out of my backside, I turned my back on that life and am now back in tune with the seasons. Iâ€™m not sure my local nightclub ever found anyone who could clear and polish the dancefloor in one movement, hopefully my departure created two new jobs.

Nowadays, the season I most look forward to is Summer, not for the coming of the swallows, however, but June the 16th, the opening of the traditional coarse fishing season. This year, it couldnâ€™t have come around soon enough : such was my rabid enthusiasm for all things DIY during the closed season, Iâ€™d just finished painting the telephone and doorbell and was about to do my toenails next as the 16th rolled around. The house never looked so good.

This year, in contrast to previous years, the rivers were in terrific shape at the start of the season due to healthy rainfalls. The fish in the opening weeks were crawling up the rods as they say, and anyone new to barbel fishing could be excused for thinking it was like taking candy off a baby. 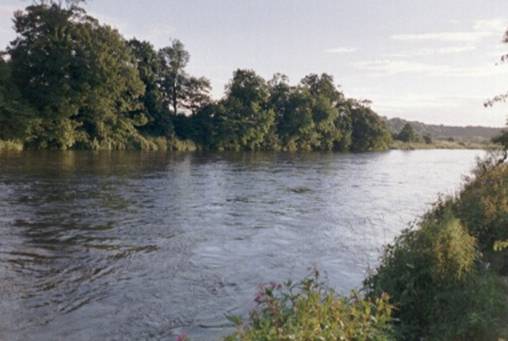 For my first session of the season I decided to visit the same stretch as on opening day last year, but in a different area. With me was my mate Glynn, still, after two fruitless sessions with me last season, in search of his first barbel. At about 10pm my mid-river rod pulled round and after a really physical scrap, a fine barbel of exactly 10lb lay in the folds of my net. Glynn came over to do the honours and returned to his peg with renewed optimism. 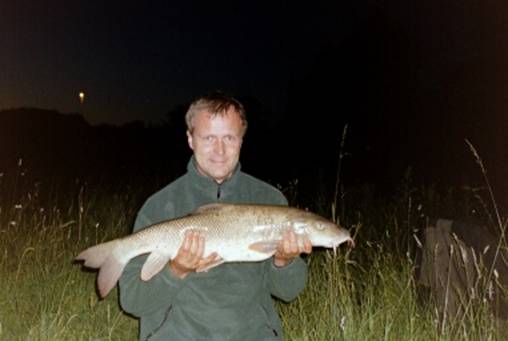 â€œOpening Day Scraper Doubleâ€ ​
About 30 minutes later I heard a sound, which I initially thought was the mother-in-law subtly requesting another top up of her G&T, but I then realised the dry, rasping, spluttering noise was the clutch of a Mitchell 300 in the distance. By the time I got to Glynn, the fish was ready for netting, and moments after that Glynn was posing with his first ever barbel of 8lb 7oz. I later added another of about 7lb and we both went home happy bunnies.

That night was a real watershed for Glynn, since which heâ€™s been able to move on to lesser things in life, such as looking for a girlfriend and training to become a pilot. I would have posted up a photo, but when good looks were given out, Glynn came a couple of places after the African warthog and is very hard on the eyes. Fortunately for me, heâ€™s in Canada at the moment.

Early on in the season I was making my way up the A1 to visit the in-laws in Lincolnshire and a session on the Trent. I know Iâ€™ve said it before, but going to Lincolnshire is like going to a foreign country. For starters, a significant proportion of the population (most of the males aged between 15 and 25) drive on the wrong side of the road and use hand gestures, which I can only presume are from lands other than our own.

I know itâ€™s hard to drive with due care and attention when youâ€™re sitting on a pair of balls which are bubbling at an average temperature of approximately 100 degrees C, and you canâ€™t see out of your windscreen because there are too many burst spots on it, but surely these obstacles also had to be overcome in the driving test?

Perhaps though, a licence to drive shouldnâ€™t be issued until burning off a tractor and two OAPâ€™s in an Austin Morris 1100 on a hairpin bend, slips to lower than number 10 in your lifetime ambitions. Just a thought, and before anyone asks, no I was never young.

Iâ€™ll stop there, because my mother-in-law has always said if she wins the lottery sheâ€™ll buy the missus and myself a house in Lincolnshire, and knowing my blasted luck itâ€™s bound to happen. More of this later though.

On my first session on the Trent, I moved away from fishing over droppered beds of small particles and instead fished over beds of pellets and boilies, introduced using groundbait. With it being summer, my first cast was made in daylight, after which I settled down to an hourâ€™s wait, when darkness would fall and the run-off would start in earnest. To my surprise, the downstream rod pulled round after only 10 minutes and I was into my first Trent barbel of the season. Although it was only a little fella at 7lb, I was pleased to get off the mark.

After that the inevitable happened and I spent the next 4 hours without so much as a touch, until out of the blue the same rod heeled over and I was into another fish. The fish came straight in and was nodding itâ€™s head under the tip, which prompted me to say out loud : â€œThis must be one hell of a breamâ€. The fish understandably took offence at my comment and immediately responded by stripping 20 yards off my clutch. A couple of minutes later I slid the net under a plump barbel, which went 11lb 4oz on the scales. All in all it was a successful return, and not a single bream bite all night. 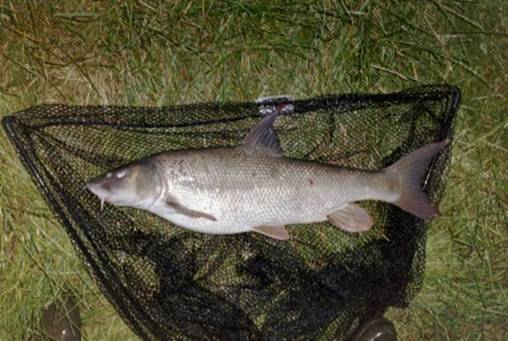 â€œAn Early Trent Porker of 11lb 4ozâ€​
Back home on the Kennet, I decided to put a bit of time in on a canalised stretch which had rewarded me with 4 blanks in 4 sessions last winter. After an afternoon walking the stretch I found an inviting run of thick cabbages on the nearside ledge and decided to put some bait in with a view to returning later that evening.

When I returned and cast in, within seconds a warm glow came over me as I realised I had again been chosen to sponsor an extended family of crayfish for the season. I know many people go fishing in order to relax and get away from the many disasters and catastrophes that happen in the world today, but how can we ignore something which is right under our noses. Just Â£10 of boilies a week will help save thousands of crayfish, so please give generously. I personally recommend a kilo of Arctic Arsenic each visit.

After several hours of the tips pulling slightly down and then back again repeatedly, my nearside rod pulled round sharply and I lifted into a good fish, which I quickly bullied away from the cabbages into midstream. Once in open water the white flag went up and she was netted in a matter of seconds. Under the torchlight I peeled back the folds of the net and realised I had banked something very special indeed : it had a hump back, a Nemo like lower lobe to its tail fin and a huge abscess in itâ€™s mouth. Fish care being uppermost in my mind, I quickly pulled on some surgical gloves, tried not to look her in the eye, and weighed at arms length the fish that time forgot.

To my surprise, it only weighed 10lb 7oz, and after one last stomach churning glance, I gingerly returned her to her bacterial world. I had thought of giving her a kiss, just on the off chance she may turn into something beautiful, but darenâ€™t risk her lips falling off. A quick check of the net later confirmed she hadnâ€™t left me a keepsake, such as her good eye.

Exactly a week later I was in the same swim on the Kennet fishing over a bed of boilies I had fed earlier in the day. This time the boat channel rod pulled round and a heavy fish was plodding around in front of me. After little pressure the fish was up on the surface, and in the torchlight I could make out the disfigured shape of old humpety hump once again. This time the scales pulled down to 11lb 2oz which confirmed she had been on the munch big time, or so I thought at the time â€“ more of this later. 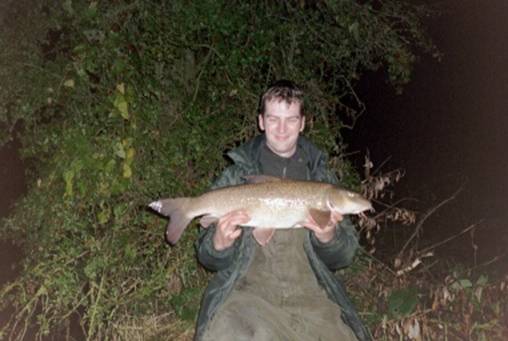