The WYE Fish in 2003 By Mike Berridge

It was supposed to start on Sat 19th July.

A few decided to make it into a long weekend.

Two of us decided to make it into a weeklong escapade.

Will it all fit in? 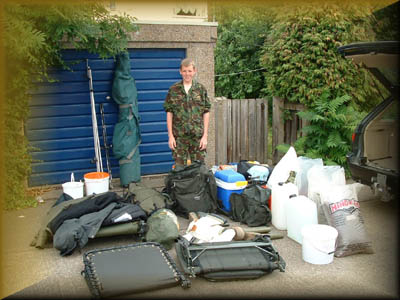 Tom and I set off on Friday at 0700 (after repacking the car twice so we could get everything in!). By 0800 we had met with Tony (2canes) on the M1. This had been after diverting to the A38 because of 2 Blow Up Astronauts! in a field causing traffic chaos and hold ups.

We passed the River Dove. Within seconds my phone rang. It was Tony telling me that this was where he caught his 1st barbel in 1978. (I never thought he was that old!).

As we carried on towards Burton on Trent we saw this: 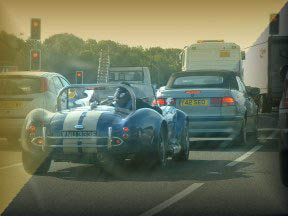 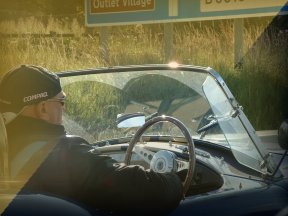 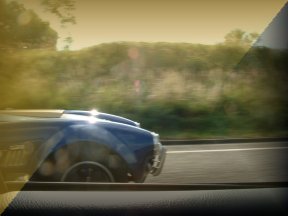 Petrol heads would have loved it. (If you don't know what it is then you don't need to know!)

After an uneventful drive we met up with PaulW at the end of the M50 (just to make sure he didn't loose his way). We carried on to the Biblins and arrived at 1130. This was Tony, Tom and Paul's first proper view of where they would be spending the next few days.

We met Rayo and Silk and after introductions we unpacked the car again!.

The Meadow before the invasion of the bivvys 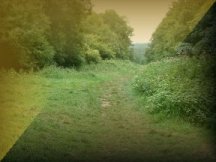 Rayo had a problem with his "Tent".

Most people have a "KNIFE" to get "OUT" in case of emergencies, Ray needed one to get in it! 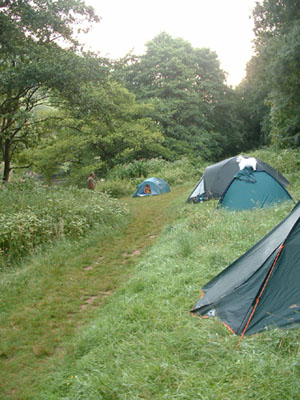 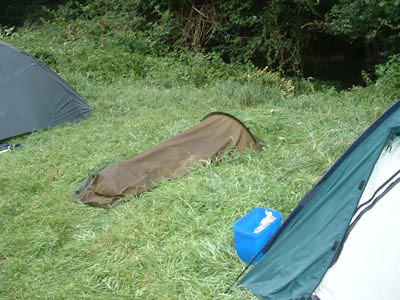 And the "War Veterans"?

The "CAMP" was finally set up in the "Meadow".

After it was finished I met with Tony Smith (barbel revisited). We have talked many times and exchanged banter on "bfw". (He is a "GOONER" I am a "MANC").

We decided to walk the full length of the fishery - all 2 1/2 miles of it! PaulW and Tom decided, with a little prompting, to join us.

We made our way down the track and met other members. Some I had met before, but my son Tom, Tony and Paul had to be introduced. We also met an old colleague, Liam S and a new acquaintance Mark Street. 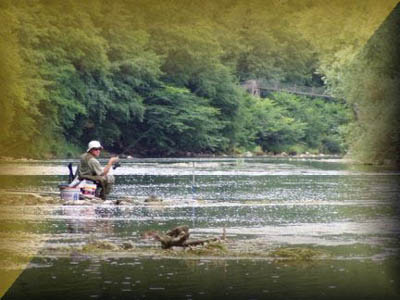 my fishing site
Article : Centrepins and using them, especially for Barbel fishing