By Andy Frances and Dan Whitelock

​
The BFW Loddon Fish-in was hyped on the site for months and we even saw some remarkable pieces of poetry being written on the message board! The turnout over the weekend was fantastic with around 25 anglers being present at times. Graham Elliot did a great job of organising the event and after our message board auction and many donations, £270 was raised and donated to the Macmillan Nurses. 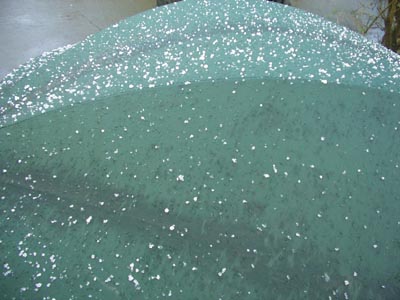 Hale - The River Lodden!​
The weather was unpredictable over the whole weekend with spells of beautiful sun shine suddenly turning to hale storms! Although fishing was slow, two superb fish were caught. Dick's Friday night barbel and a fantastic 5lb 12oz chub caught by Stuart Chant on the Saturday. 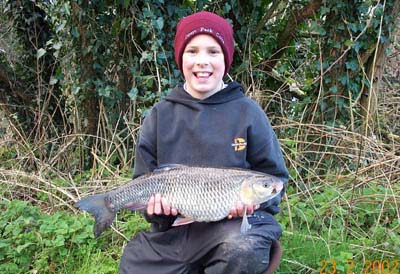 Stuart Chant and his 5lb 12oz chub
​
Many thanks to Dan for writing his report of the Loddon fish-in (below).

My day started at 5:00am, both alarm clocks went off although I didn't need them at all. I had been wide awake most of the night and with the kit already packed all I had to do was fill up my flasks and throw in the bait that I had been defrosting overnight into my bait bucket.

Keith arrived just before 6 and we set off both with high expectations, although he did tell me that all the fish-ins he has been on have been total washouts, I was hoping this would be different, I hadn't had a barbel since December 1st! We were making good progress and speaking to Andy T he confirmed he was a couple of miles ahead of us on the motorway, so all was going to plan.
It soon turned out that Paul was following us having reacognised Keith's land rover so was following us to the river. In the meantime Andy rang to inform us that he had taken a wrong turn and was not exactly in the right area!
We ourselves took several wrong turns and had a rather interesting tour of Walthamstead or whatever the place is called!
We eventually got on the right track after I spotted a glimpse of the Dinton Pastures Country Park sign so after turning round and following the sign we eventually reached out destination.

We parked up and the first person I met was Paul, and while setting up we watched in amazement at one of the Lakes carp boys throwing all of his kit onto a wheelbarrow and wheeling away - each to their own is all I'll say!
Our navigation once again let us down as we took the footpath heading away from the river so about 5 of us walked an awful long way in the wrong direction. So after another phone call to Graham we did an about turn and headed back, then came probably the most amusing part of the trip - a character by the name of Rayo with a very large sheep by the name of Dolly attached to his head appeared round the corner, I still chuckle to myself when I think of it and it really made me look forward to the forthcoming day!

We eventually arrived at the river and my first impression was that it was hell of a lot bigger than I thought it would be, and I immediately regretted not packing my second rod, still the reports gave me the impression that I wouldn't be needing 2 so I still remained confident.
I walked the bank downstream and found a lovely looking swim with overhanging trees opposite to each other about 30-40 yards downstream, and it conveniently had a large flat area for me to put up my bivvy for the weekend. I set up the bivvy and threw in a couple of handfuls of maggots then got up and went for a wander to meet some new people.
I bumped into Keith and he said that I sure know how to pick swims,I thought he was on about the overhanging bushes but I was soon told it was the very same swim Dick had caught the 12lb 6oz from the previous evening - great minds must think alike! 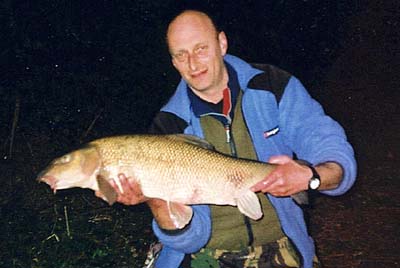 I met several really nice people in a short space of time, and bumped into Andy T and as this was the first time we had fished together after Christmas, he cracked the never heard before joke of 'oh sorry didn't see you there mate.' I was wearing my new camo suit, I'm sure Bob gets the same thing all the time I'll get used to it!

After meeting a few more people I got back down to my bivvy and had half hour fishing or so but decided I wasn't really into it so I decided to put a bit more hemp and maggots down midstream and go for a walk right the way down. I chatted to more or less everyone on the way down and back up, all of them great characters, in fact there wasn't a single person on the fish-in who could be disliked.
I went upstream of my own fishing position and sat down with Rayo and he told me all about the Wye, which has spurred me on even more to fish it as it sounds even better that what I saw of it when I was about 12. He also showed me some very interesting paste that Tesco's sell for human consumption, it is the last thing I want to eat but smells the buisness for Barbel so I think I'll have to put it down on mum's shopping list, along with the usual luncheon meat, meatballs, pepperami etc etc!

The 'killing hour' arrived and went much to my disappointment but I was not disheartened I was still very confident! Most present decided to go to the pub around midday, but me being underage and eager to get to grips with them Loddon barbel I stayed along with a few others who were thinking about drink driving and catching barbel. 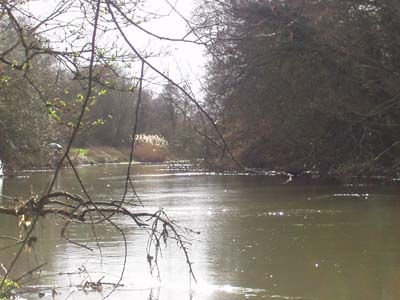 The Lodden on a sunny Saturday afternoon​
The afternoon passed away, I did hardly any fishing most of the time was spent chatting to various people but I had a plan which I was very confident would get me a barbel after dark: I baited up a gravel depression under some overhanging branches with small pieces of meat and some hemp and decided to leave it entail darkness set in.
I spent the rest of the afternoon walking around and chatting and meeting various people that had just turned up, everyone friendly and talkative which is what it was all about really. I got back up to the end I was fishing and said good-byes to those that were leaving, one image that sticks in my head is a figure with a large sheep on his head walking into the twilight calling out in a Welsh accent ''see you on the Wye!'' indeed I will Rayo I can't wait.

I got down into my bivvy and by now it was really dark so I made my first proper cast into the baited area and waited events, an hour later and nothing so I recast out and left it for another hour or so. It was gone 9 now and I was getting that feeling of anticipation that comes with barbelling and I really felt like I was going to catch. Keith rang me and said that nothing had been caught in the way of barbel down his end, although he had lost a good fish earlier on during daylight hours, and that Liam was making a fish and chip run, I got the rod in and walked down to Andy D to see if he wanted anything, then walked up past my peg to Dave who was fast asleep bless him, I did do my best to wake him to see if he wanted anything but no reply at all!
I fished on for another 20 minutes or so and decided on a walk down to Keith, Dick and Liam's end to get the chips when they arrived so they'd be hot. On walking down I stopped and had a chat with Jon, who was getting a lot of knocks on the maggot rod, he struck and is first words were 'oh no...' I did the honors with the net and the slimy little character was returned much to the amusement of myself and the others who later found out!

We got down to the bottom end and I had a chat with Keith while waiting for the chips to arrive. We walked back and poor Dave had woken up and was fishing when we returned but was grateful I had at least tried to wake him from his sleep.

I fished on but had noticed a nasty chill in the air that had got worse over the last couple of hours, and a call from Keith ended in the conclusion that we would pack up at around midnight as it was too cold basically and the lack of action made me really really confident - confident we would blank!
I had 1 drop back bite a while before midnight but the remaining time was very cold and the rod remained motionless.

I packed up the bivvy and kit at midnight and said a quick good-bye those fishing near me and made the long walk down to the bottom end car park, where Keith met me half way and helped lug some of my kit down, where would I be without this man!?

We set off disappointed in the lack of fish, but I was really happy having made some unbreakable friendships and had a brilliant day out, bring on the Wye fish-in!!